Efficiency in computer science often refers to the runtime or memory usage, that a certain algorithm needs to produce an output. However, efficiency can also describe the amount of energy, that is consumed by the hardware during the runtime of an algorithm.

This course explains the relevant computer architecture components, as well as different coding techniques, that allow computer scientists to design and program energy efficient algorithms. Participants will learn how intrinsic functions work and how they can be applied to an algorithm to reduce its energy consumption. In addition, the course presents a hands-on approach to measuring energy consumption of programs using the Intel VTune Profiler tool. In contrast to the existing clean-IT courses on openHPI (https://open.hpi.de/channels/clean-it-forum), this course provides a deeper dive into specific, energy efficient, architecture coding techniques.

In response to the growing energy consumption of software programs and digital technologies, energy efficiency is on the rise as a key metric for software development. However, computer scientists and developers often lack concrete, applicable tools, that help reduce an algorithm's energy consumption.

This course is aimed at students, researchers, or developers that work or study in computer science or a related field and want to learn more about energy efficient coding techniques.

In this course, you will learn:

The course consists of educational videos, multiple choice tests, and multiple, detailed coding examples. Depending on your prior knowledge and engagement with the coding material, you will spend 5-10 hours per week.

Prequisite knowledge for this course is fundamental programming experience in C, as well as basic knowledge about computer architecture concepts and functionality. Experience with an IDE (preferably Microsoft Visual Studio) is recommended to evaluate the programming examples. 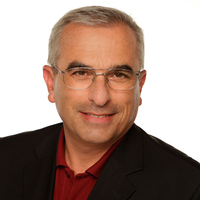 Prof. Vesselin Iossifov holds a Dipl.-Ing. degree in Technical Cybernetics from the TH Ilmenau, Germany, which he earned in 1977. He also earned a Dr.-Ing. degree in Computer Engineering from the same university in 1982, focusing on Real Time Operating Systems.

From 1994 to 2018, Iossifov worked as a Professor of Microcomputer Technology at the University of Applied Sciences in Berlin, Germany. During the period from 1999 to 2006, he also served as a Visiting Professor in Network Centric Computing at the Universities of Liverpool and Reading in the UK. Additionally, he has been a member of the Executive Board of the VDE Berlin-Brandenburg organization since 2016.